BOOK AT THE BEST PRICE

Discover Ávila from a unique place: Hotel Palacio Valderrabanos. We offer you a series of points of interest that you can visit from our hotel, so that you can enjoy everything that Ávila has in store for you. 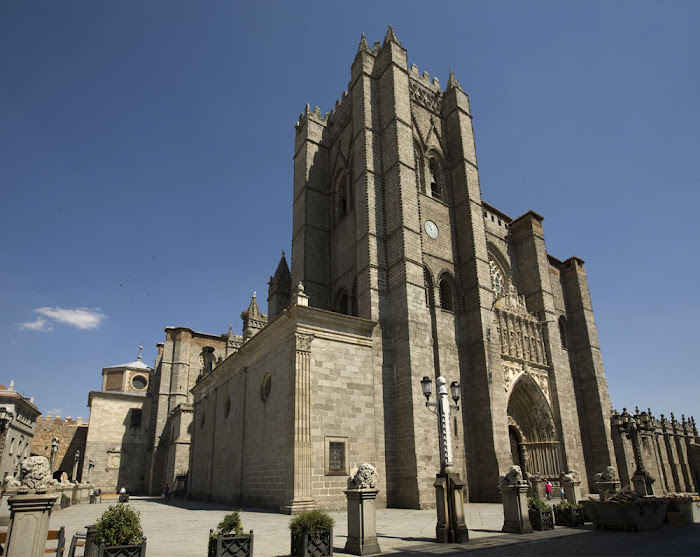 The Cathedral of Christ the Savior is a temple of Catholic worship in the Spanish city of Ávila, the episcopal seat of the same name, in Castilla y León. It was designed as a temple and fortress, its apse being one of the cubes of the city wall. It is surrounded by several stately houses or palaces, the most important being that of the Velada, that of the Rey Niño and that of Valderrábanos, which were assigned the defense of La Puerta de los Leales or the Weight of Flour. 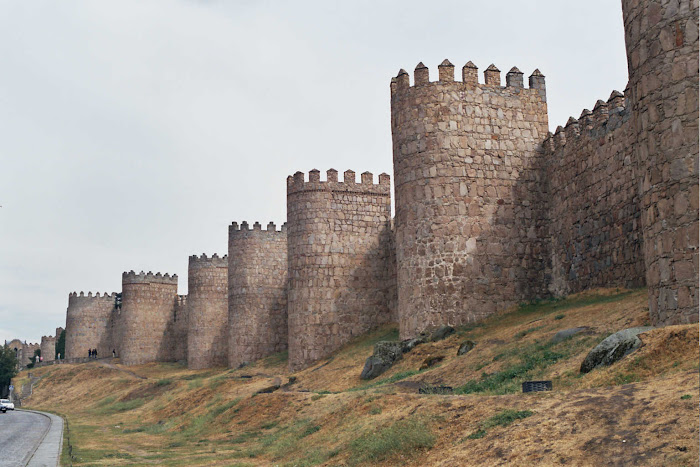 The ramparts are the unmistakable image associated with the city of Avila and were the fundamental asset so that, together with the Romanesque churches, in 1985 UNESCO included the city in the World Heritage List. Without a doubt, this defensive enclosure having a perimeter of 2,516 m, with 87 towers or cubes and 9 doors, is considered the best preserved urban walled area in the world. 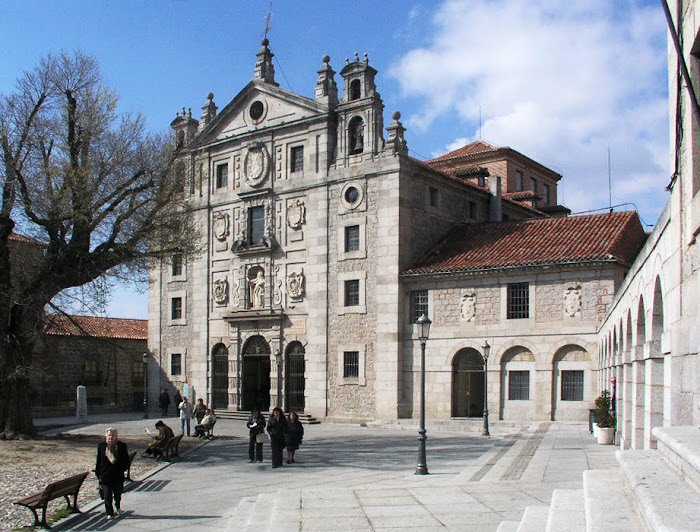 The church, built on the birthplace of Teresa de Cepeda and Ahumada, forms a joint with the Carmelite convent. Below, the great vaulted crypt of burials, current Teresian museum and unique within Spanish religious architecture. The works, directed by the Carmelite architect Fray Alonso de San José, began in 1629, opening on October 15, 1636. 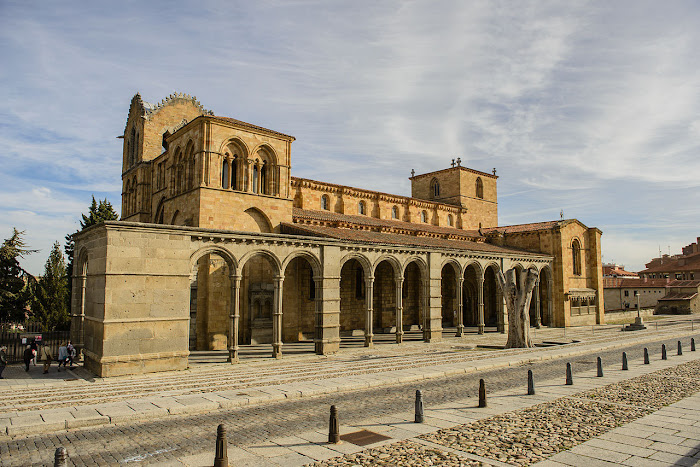 The Basilica of the Holy Brothers Martyrs, Vicente, Sabina and Cristeta, better known simply as the Basilica of San Vicente, is a Romanesque temple located in Ávila, Spain, the largest and most important in the city after the Salvador Cathedral and a of the most outstanding works of this architectural style in the entire country. It was declared a National Monument in 1882. 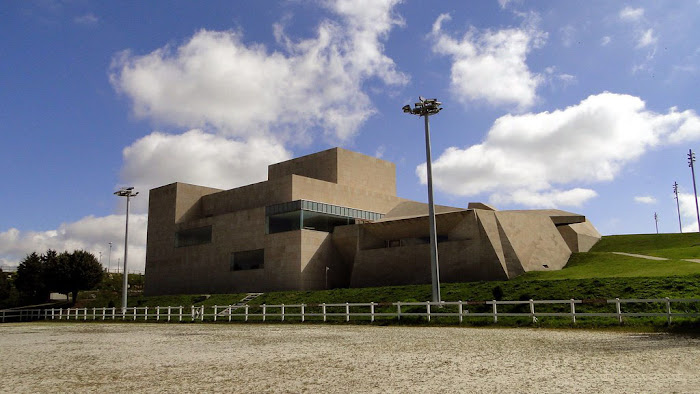 This new multifunctional space, located in front of the Muralla de Ávila, equipped with the most advanced congress technology, close to Madrid and with an excellent quality / price ratio, constitutes the ideal venue for all kinds of meetings: congresses, conferences, seminars, presentations of products, events. Located in one of the areas with the greatest landscape value in the capital of Ávila, and Castilla y León due to its privileged position, the center offers a large number of rooms and exhibition spaces, many of them with views of the Wall: 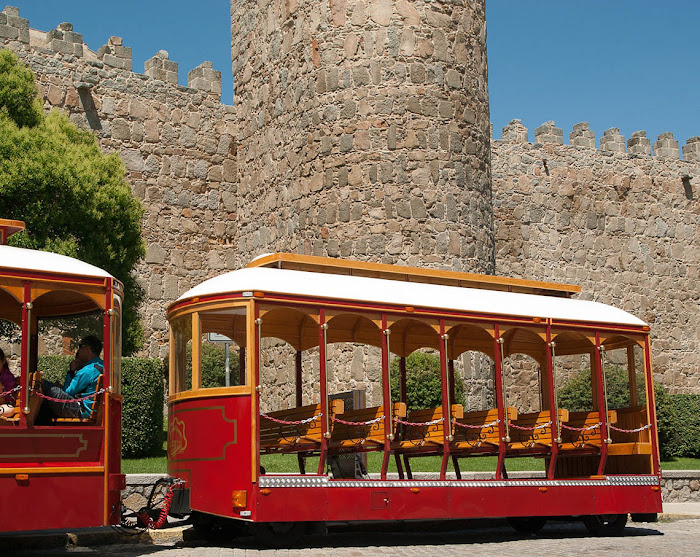 Hotel Palacio Valderrábanos is located near the Tourist Office of the Junta de Castilla y León, where you can get all the necessary information for your holidays in Ávila. 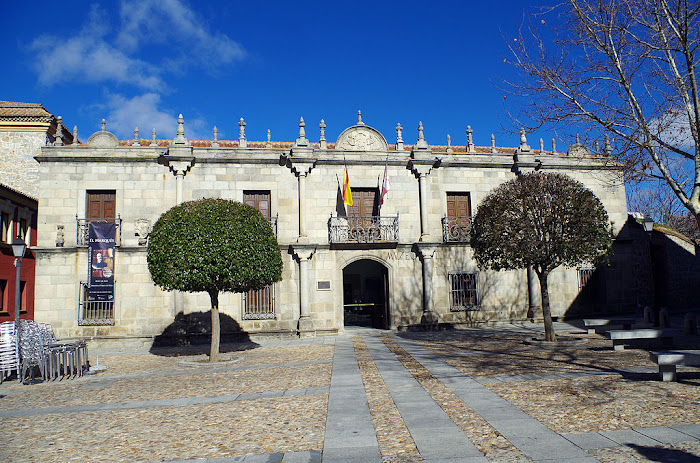 The Ávila museum, installed in the Deanes' house, is a cultural space in the city of Ávila, in Spain. Its origin as a centennial museum institution dates back to 1911. Since 1987 it has been managed by the Junta de Castilla y León. Among its collections are pieces and works of Archeology and Fine Arts, as well as an extensive ethnological catalog of the area. It is owned by the State through the Ministry of Education, Culture and Sports. 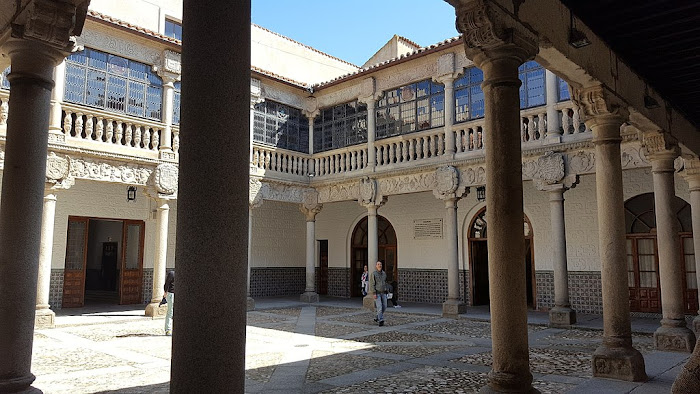 Located inside the walled area of the city of Ávila (Spain), it is part of a set of buildings that house an archive and a museum of the Spanish Army. It was a mansion of the counts of Polentinos until the end of the 19th century, when it was acquired by the City Council. It was built by the important Castilian family of the Contreras, to whom it belonged until the early eighteenth century when María A. de Contreras y Santisteban, Marchioness of Olivares, married Francisco J. de Colmenares and Fernández de Cordova, Count of Polentinos. 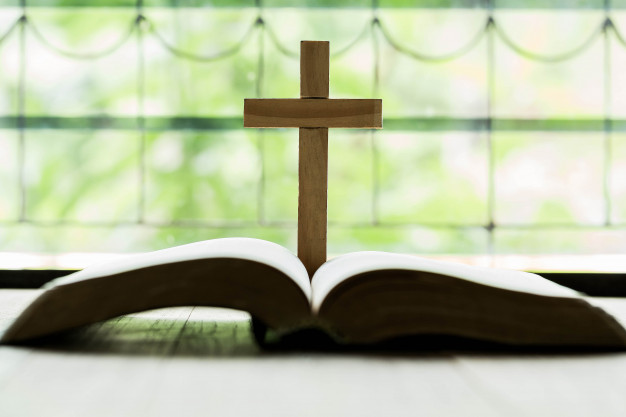 Barefoot Carmelites of the Incarnation

This convent of Carmelite nuns was founded in 1478. It was recognized by Saint Teresa of Ávila, who remained in the monastery almost continuously from 1535 to 1574. Inside it houses a Teresian museum, where one of the most outstanding works is a drawing made by Juan de la Cruz representing Christ on the Cross. In 1983 it was declared a National Monument. 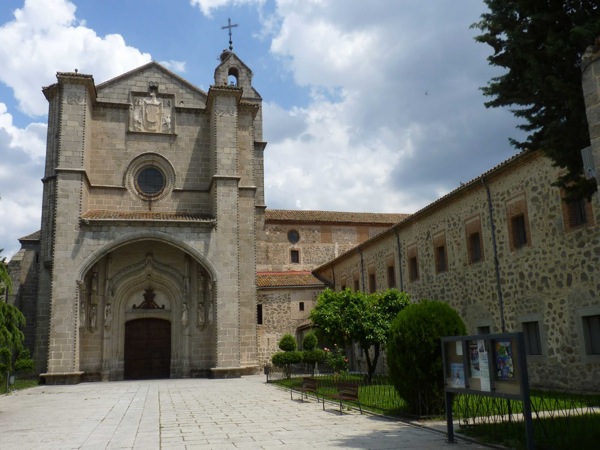 The Royal Monastery of Santo Tomás houses in its third cloister, the former Summer Palace of the Catholic Monarchs, a museum of oriental art. First opened in 1964, this museum has been transformed over time, and today it comprises eleven completely renovated rooms. The presence of these works from Japan, Vietnam, the Philippines and China would never have been possible in Ávila, without the devotion of the Dominican missionaries who have brought them together, acquiring them in the East, Madrid and Portugal. Today, there are only two oriental art museums in all of Spain: this one and the PP museum. Augustinians in Valladolid. 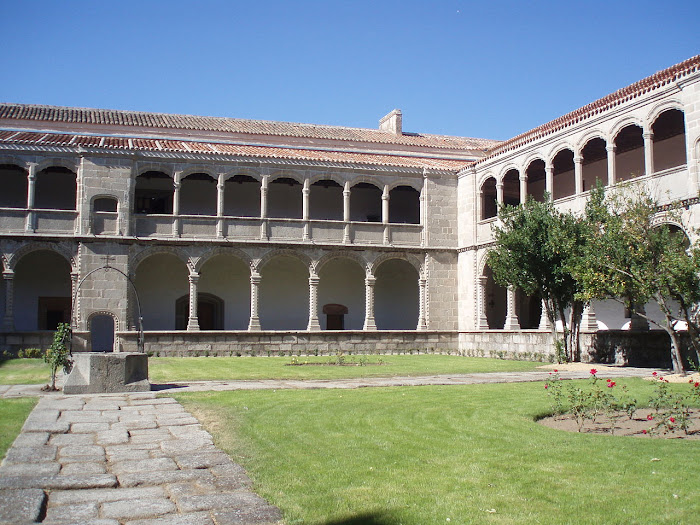 The royal monastery of Santo Tomás is a Gothic building that is located in the city of Ávila. Its foundation, in 1480, was due to the treasurer of the Catholic Monarchs, Hernán Núñez de Arnalte, who granted power in favor of his wife, María Dávila, and Brother Tomás de Torquemada to act on his behalf for the foundation of a convent of Dominicans in Ávila in honor of Santo Tomás de Aquino. It has been expressly declared in 1985 a World Heritage Site, as an individual element of the whole Old Town of Avila and extramural churches (ref. 348-011, with a protected area of 1.02 ha). 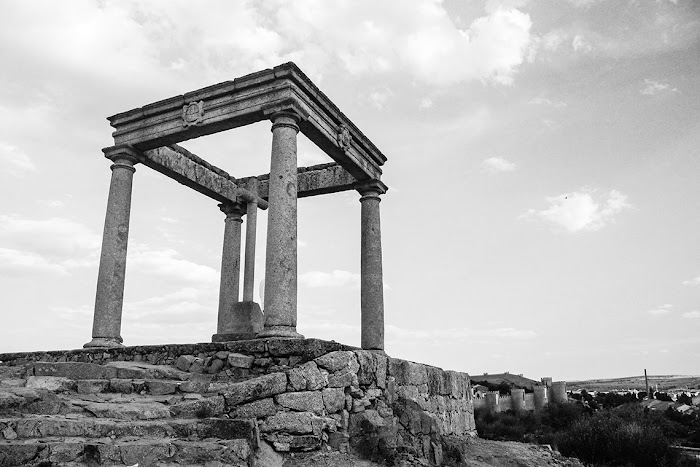 The humiliadero de Los Cuatro Postes is a religious monument located in the city of Ávila.1 It is made up of four Doric columns five meters high on whose capitals as many architraves sit with the city's weapons; In the center of the square formed by the columns, a granite cross stands on a pedestal.